WENTUS BLUES BAND involved in new CD_releases! First of all NIKO RIIPPA released his new solo-album “FLYING CIRCUS” this January. The CD consists of newly written own instrumental material. Niko´s fellow musicians on this CD are Robban Hagnäs on bass and also the recently much seen drummer on Wentus-shows; Robban Skoglund ( 2 Robbans = Double Trouble ) Check more about it onwww.nikoriippa.com

“GARY INDIANA” – FINNISH TOP BLUES BANDS PAY TRIBUTE TO ONE OF THE GREATEST HARMONICA PLAYERS EVER!

In 2007, the Texan blues harmonica player and vocalist GARY PRIMICH passed away in his hometown at the age of 49. It is no secret that the great Gary Primich was considered as one of the leading harmonica players worldwide. Gary Primich was a great fan of Finland and collaborated extensively with the two most renowned Finnish blues bands: WENTUS BLUES BAND and  HONEY B & T-BONES. Their collaboration will now be documented on the upcoming CD, GARY, INDIANA – Gary Primich in Finland, to be released on Blue North (Finnish Blues Society ) March 20th. The CD consists of both studio and live recordings, (oldest of them being recorded in 1991). The bands will donate all royalties from this CD to the AA foundation. Distribution in Scandinavia by: www.soundcarrier.se 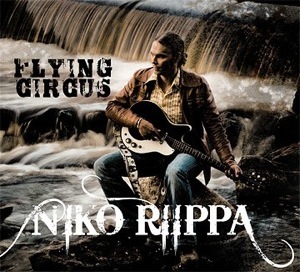