After 15 years constantly on the road WENTUS BLUES BAND has decided to take a year off this year. We will although do one show this summer at the biggest festival in Finland; PORIJAZZ FESTIVAL, so please all fans, come to the show and let´s make this show a special event for this year to remember!

During the break NIKO is concentrating on his own soloproject NIKO RIIPPA FLYING CIRCUS now with Jonas Kuhlberg on bass and Robban Skoglund on drums. Several shows are booked for this year and his big show will be in October at the SCANDINAVIAN BLUES PARTY 20-YEAR ANNIVERSARY playing as support for the living legend JOHNNY WINTER. Check out www.nikoriippa.com for more info.

JUHO and ROBBAN are playing shows with former No 1 Finnish reggae- act DREADLINE. The project is called SMALL AXE and with a 10 – pieceband they are performing the great songs by BOB MARLEY, PETER TOSH & BUNNY WAILER. Check out the Facebook group for more info:http://www.facebook.com/groups/366864243347430/

ROBBAN will also release his first soloalbum ANOTHER SIDE OF ROBBAN during the summer. More info soon on www.dpagency.fi

PEKKA will be on tour occassionally this year with KAUKO RÖYHKÄ & NARTTU, a band he also was a member of in the 80´s..

Hopefully we will see you all in Pori this summer! 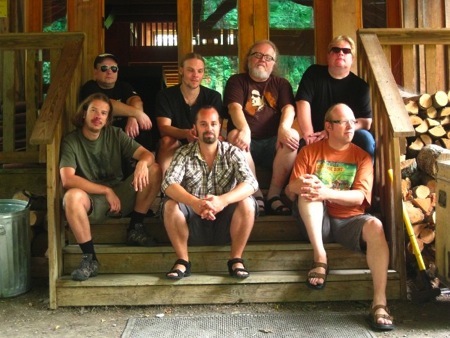