is doing the dirtyjob as the bassplayer in the band and besides that he is a notourios wheeler and dealer in the true Kokkola – leather and horsetrading-manner. After the shows you can buy CD`s, DVD´s, merchandise, T-shirts, underwears, socks, hotdogs, cars or whatever you need from him. Robban started to play the blues so that he wouldn´t have to be working in the garage lying under cars in the oilditch. Still he does do the service for the Wentus Chevy bluesvan.

Robban is one of the original members of the band and has also released soloalbums. 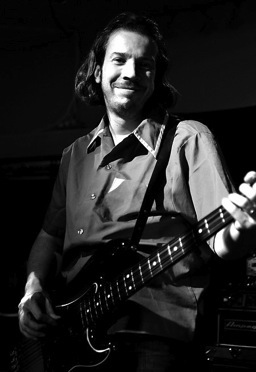